THE BREEDING OF HORSES

THE BREEDING OF HORSES

Many of the people that know our lusitano stud, associate it with the breeding of Lusitano horses and with its owner and founder Antonio Martinez Ramirez. And it’s true, but we must indicate that the link that this stud farm has with horses breeding was born long time ago, even though the horses were not Lusitanos.

The Brand of the F jumped into the horse breeding world from the hand of Francisco Ramirez, of whom we have already talked about in other posts. The horse breeding from our great grandfather, previous to 1944, was focused on the selection and breeding of crosses Anglo-Spanish and Arab-Spanish, several of them destined to enlarge the cavalry of the Spanish Army. The level of the stud farm allowed also to participate in different events like the Feria del Campo de Madrid, Zafra or Salamanca, among others, where we used to get first and second places. 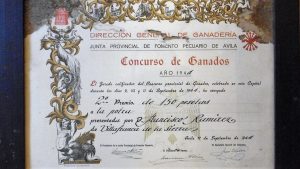 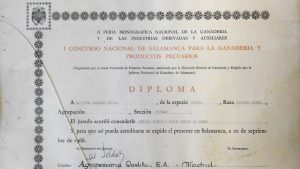 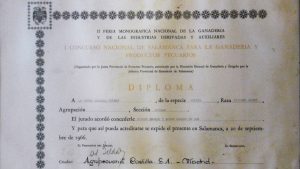 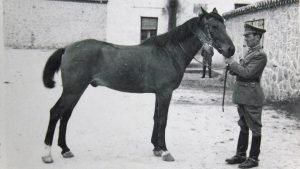 By then, stables and driving garages were located in the city of Avila, more precisely at the central street Duque de Alba, n 6. Simultaneously, the actual Las Corajas farm was a stallions deposit too.

With the passing of time and the experience earned by our father, maybe by vocation or maybe motivated to recover the hobby he shared with his grandfather, he decided to breed lusitano horses. That’s why in 1974, during the Carnation Revolution that was happening in our neighbor Portugal, our father Antonio M. Ramirez began breeding Lusitano horses, acquiring a lot of around sixty Lusitano horses between young ones and mares.

This purchase was done thanks to one of his close friends, Antero Zurita, to whom we are still grateful for such successful proposal. Thanks to it we are not only pioneers in Spain of the professional lusitano horse breeding  but also, with the passing of time, we believe we have made a very important labor of selection and breeding of Lusitano horses.

The origins of the lusitano horse acquired, Francisco Ribeiro (FR), descendants from important bullfighter lines, together with the selfless advice received among others from Fernando Sommer D’Andrade, Arsenio Raposo Cordeiro, excellent as breeders and as human beings, undoubtedly have paved the way for us.

Of course, luck has played an important role since these great connoisseurs, supporters of the P.S.L. and pillars of the actual Lusitano breed, only discarded one horse out of the total of Lusitano young horses and mares acquired.

Fruit of the aforementioned, and from the know-how, are the different Lusitano horses bred, that from then until today compete in different equestrian disciplines, like Doma Vaquera, horse Bullfighting, and Alta Escuela, highlighting the different horse/rider combinations that have participated in Dressage reaching high performance levels.

It wouldn’t be fair to conclude this writing without acknowledging that all the different results obtained we owed too to the different riders and owners that have trusted our horses, and among them we would like to do a special mention to Borja Carrascosa Martinez who, since its beginnings, has trusted our Lusitano horse.

The F that represents our stud farm is originated in the breeding of selected avileño negro ibérico cattle and makes reference to the initial of the name of our great grandfather, and given the recognition it had because of the purity of the cattle bred and raised, our father suggested the possibility at home of branding with it the different Lusitano horses bred. 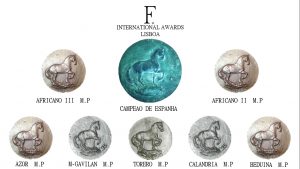 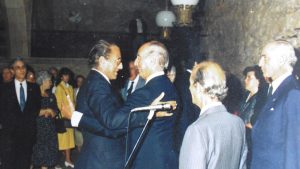 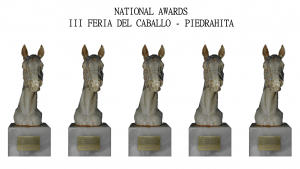 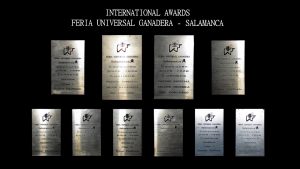 What started like a mere hobby to the horse, has turned into a meticulous task of selecting and breeding of lusitano horses, resulting in a relevant input of the trajectory of our brand and stud farm, having gotten the satisfaction of being awarded in several occasions, and the pride of having collaborated with the expansion of the lusitano breed, providing since our beginnings Lusitano colts, fillies and broodmares to different stud farms destined to the Lusitano horse breeding in Spain.